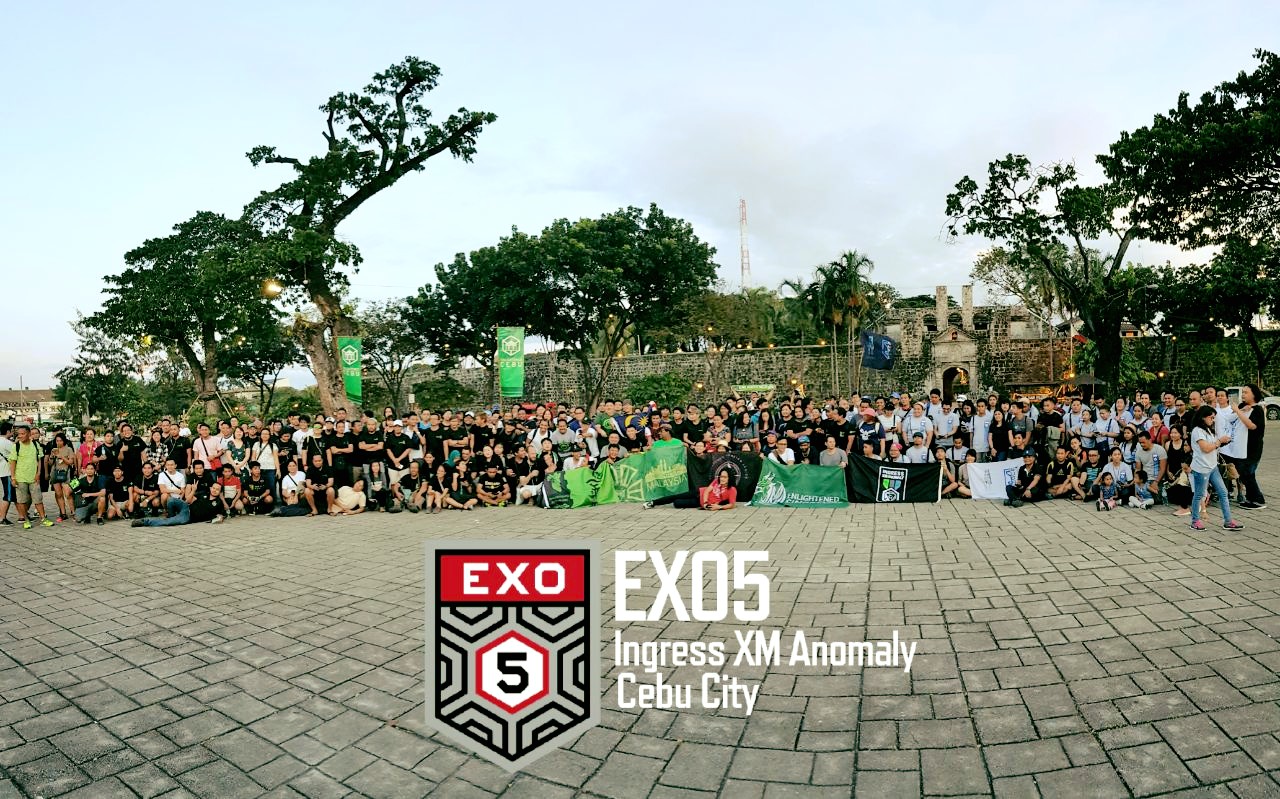 An XM anomaly is again held in the Philippines, this time in the Queen City of the South, Cebu City. The Enlightened Philippines brought forces from different cities in the country as well as players from the South East Asia Foreign Legion, and those coming all the way from Europe and the US to participate in EXO5 Cebu. Fresh from the global victory from the 13 Magnus Reawakens series, the agents holding the green torch once again took over the Resistance in Cebu with a score of 227.21 (92.4%):22.79 (7.6%), sweeping all three phases of the anomaly on 04 November 2017.

Phase 1 was a Portal Battle scheme divided into four (4) measurements. The portal ownership will be measured within a randomized 2-minute window after each measurement. Each Volatile Portals were valued at 5 points, while the Active Portals are at 1 point each. Both the volatile and regular portals were mostly scored by the Enlightened giving them an early lead score for Phase 1 of 82.35:17.65.

The agents were then in pursuit of the shards for Phase 2 AKA the Shard Shuttle. Different from other anomaly shard games, the EXO 5 introduced the faction research nodes, wherein points are greater earned by transporting the shards into different faction nodes. Regardless of the new design, the Enlightened was able to maintain its lead in Phase 2 with a score of 96:4.

With the final measurement, where links from decorated portals mattered, the Enlightened was able to undoubtedly win over the Resistance with a score of 98.86:1.14.

The EXO 5 series went on to other cities around the globe and in the end, the Enlightened reigned over the Resistance with a global score of 11.5:10 claiming EXO 5 for their faction.

A Mission Day followed the next day taking agents from all the different places of history, culture and the arts in the city of Cebu.

You can find event photos here.

How was your EXO5 Cebu experience? Share it with us! ☺

This site uses Akismet to reduce spam. Learn how your comment data is processed.